ORGANIC WAYS TO BUILD YOUR FACEBOOK REACH WITHOUT ADS

If you’ve been on Facebook and depend on it to get your message out there or to market your brand, let me guess: the recent changes are probably a bummer. Now with over 2 billion regular users, your brand voices (and ours) have become smaller. Engagement has taken a nosedive. Our reach has gotten much smaller. Everyone is going through the same thing, and many are complaining. Some business owners and marketers are even talking about abandoning Facebook in favor of other channels such as Youtube or Snapchat or Pinterest.

I have good news and bad news for you. First the bad news.

Bad news: Facebook isn’t going away anytime soon. They are the biggest #1 social network in the world, and also own the #3 third largest ( Instagram ). Engagement on Instagram too has taken a big hit, and the dilemma is the same. Facebook in fact has been working very hard over the last year in evolving their algorithm to favor the user experience. While this is great for the user, it’s worse for the marketer. Many of the old hacks you’ve tried and worked before won’t work now. And yet you can’t escape if you’re gonna be a social media marketer. You’re going to have to come up with new ones.

Now the good news: There are techniques (hacks if you will) that you can use to spur organic engagement on Facebook. That’s right: that means likes, comments, shares, link clicks, and page likes.

Take a quick look at things not to do on Facebook in order to build engagement.

You’ve probably heard this advice already. But whoa – not just any question. Don’t just go around throwing questions for every post, and especially if you don’t really have a relevant and meaningful question to ask members of your audience.

A couple things to keep in mind:

The fill in the blank question. It also goes without saying that for every question you ask the members of your community in your post, be prepared to respond quickly to comments, which is crucial. It’s a 2 way street.

Facebook also allows you to post a question in the form of a poll, which you can learn more about here.

Emoticons tend to add a more human touch to your posts, and stats repeatedly shows it’s usefulness isn’t limited to SMS text messages. On social media platforms including Facebook it seems like this comes across fairly well with users as well.

That was a no brainer, wasn’t it? If you’ve been on Facebook recently, you’ll see a shift towards more video over images, audio, or plain text.

There are several reasons you should use more video for your posts:

The Facebook algorithm favors video, so you get bumped up a notch in their eyes just for using video. That should be reason enough to do it. But wait – there’s more!

Moz writes in Facebook vs Youtube, “according to Cisco Forecast, video use is expected to rise to 80% by 2019″.

It doesn’t have to be perfect, and edited, or even edited at all. The trend now is more towards a video that is real, “live”, and not overly edited.

Facebook wants you to stay on Facebook, and doesn’t want you to click a link that takes you to another website. Although they don’t explicitly admit, it wouldn’t be a surprise why their algorithm favors video.

According to Forbes, videos shared natively on Facebook – meaning one of two things:

Native video performed over 10x better than video uploaded to Youtube and then shared as a link on Facebook. 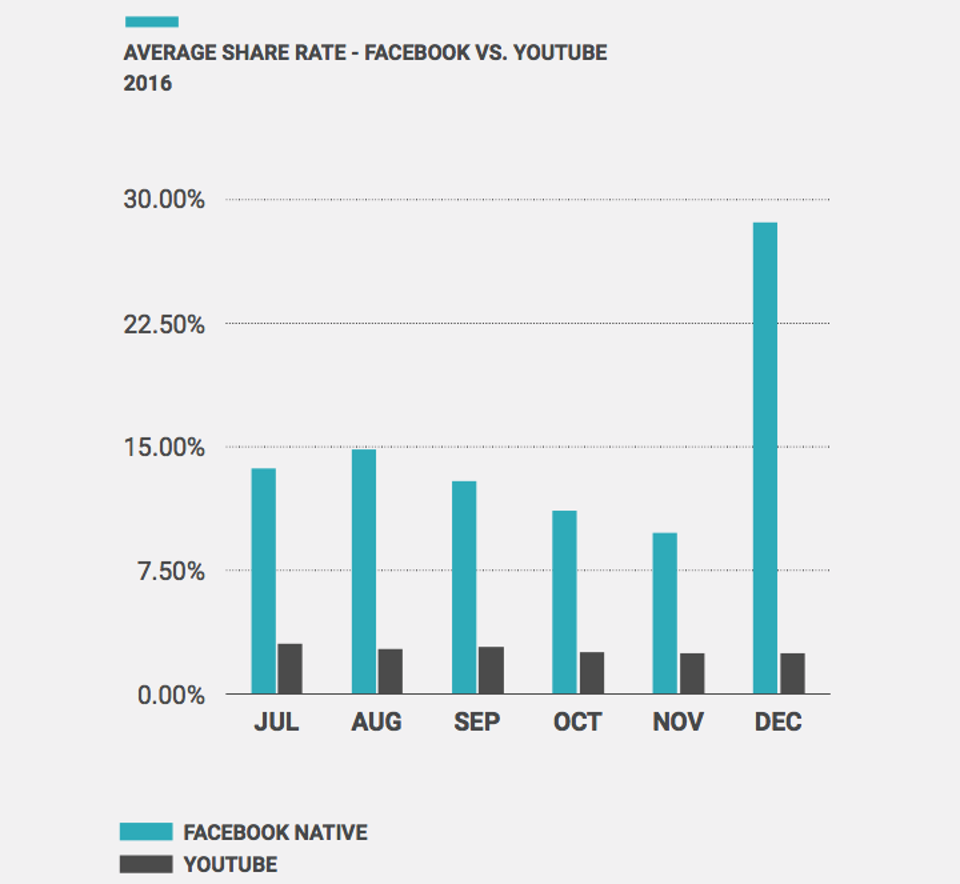 Do A Little Homework

Before you start posting, do a hashtag search on Facebook. On the right side of the page, you will see a list of trending hashtags. See where you can incorporate some of these trending hashtags into your content whenever possible.

Time is of the essence with this tactic. The first 1 hour of your post has the most bearing on how much reach it will have. The first 10 minutes of engagement (or lack thereof) will mean the difference between your post’s shelf life being extended a few hours or rapidly disappearing in users feeds. Make the first hour, and especially the first 10 minutes count.

Share the post on your personal Facebook profile. Then send some of your friends of them a direct message including a link to the post asking them for their support. You could say something like: “Hey I would really appreciate it if you would share this for me. It would help me because ..”. You get the idea… Open Facebook Messenger, paste the link into a message, and send it along preferably with a brief message asking for support.